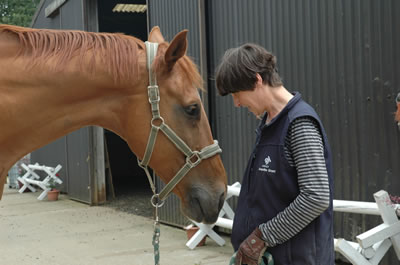 My Master's degree is from the Royal Veterinary College.

My human qualification is from King's College Hospital in South East London.

I ride two or three times a week, mainly on the flat and hacking, with occasional supervised jumping, and own a rescued pony.

I am a member of several amateur dramatics societies, a chocoholic knitter and keen allotmenteer.

I was lucky enough to be chosen as one of the veterinary physiotherapists working in Greenwich treating the paralympic horses at London 2012.